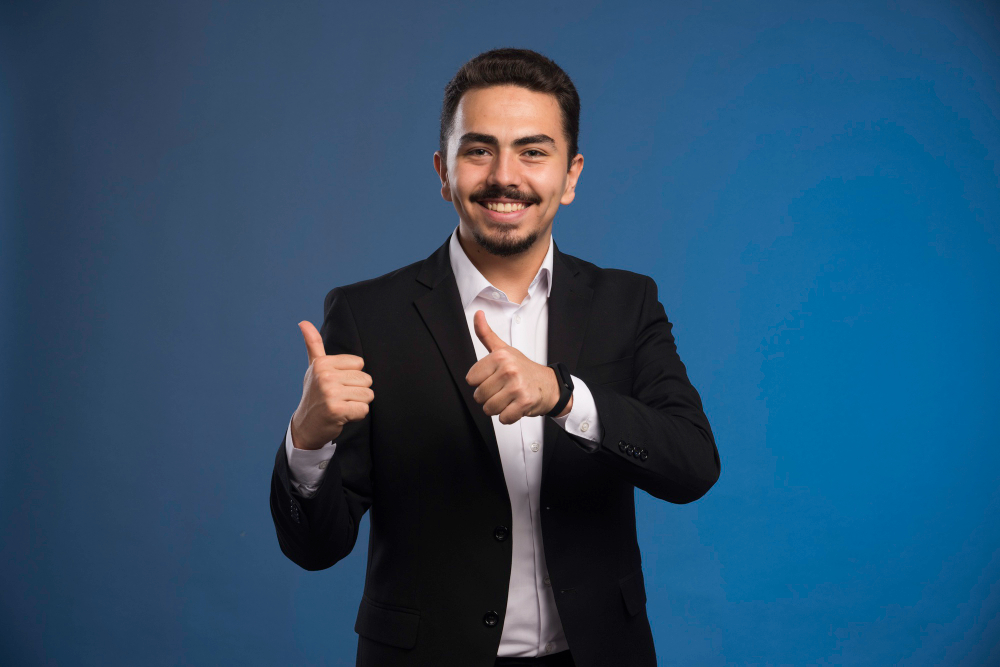 Have you been lacking motivation lately? Or do you seek a positive influence to jump-start your mental health? That's great! Do not worry! We bring you the top 20 motivational influencers on Instagram in India.
430 Views

Have you been lacking motivation lately? Or do you seek a positive influence to jump-start your mental health? That’s great! Do not worry! We bring you the top 20 motivational influencers on Instagram in India.

It is true. Being a human is packed with several complex emotions and feelings. Life is all about different phases we go through and live into. Not necessarily it is possible for all of us to be mentally stable and have a brain that maintains the production of dopamines that suffice.

It was back then when there was no definition for healthy mental health, depression, or anxiety. Back then, there were fewer opportunities, there was no rat race, and people lived life as it happened to them.

In the present, teenagers and younger adults are mentally tired and seeking accomplishments before their time because of the competition. The least they could seek is a youtube video or an Instagram video that could help them come back on track.

Instagram, in today’s time, has become the first source of news, entertainment, and knowledge. We learn more about what we are seeking from Instagram rather than the old traditional sources. Motivational influencers on Instagram in India are quite intelligent and skilled.

They are mindful of what people are going through at specific times and generate content that relates to the public. These tech-savvy individuals are aware of every minor trend that circulates in the social media space and generate information imbibing the particular trend intelligently. They frequently conduct market research and understand what people are dealing with geographically.

Keeping all these in mind, let us dive into The Top 20 Motivational Influencers on Instagram in India

We are certain you have definitely come across his name and face on television and YouTube. He is one of the most famous and prominent motivational influencers on Instagram in India. Students and young adults seek him and his videos for mental health and to battle their demons.

Apart from being a motivational speaker, he is the owner of ImagesBazaar. He is an exceptional and skilled photographer. He attempted to study commerce but ended up being a dropout. He is an award-winning business personality and has indeed intrigued the masses from his perspective of looking at things.

He is positive nearly about everything that he comes toward him and maintains to live with positivity. With more than 3 million followers on Instagram, he is one of the top 20 motivational influencers on Instagram in India.

Famous author – Robin Sharma, who wrote, “the monk who sold his Ferrari and Who will cry when you will die”, is one of the most influential motivational personalities in India. Being a Canadian, he has traits from India and is a proud Indian.

His expertise is in leadership, personal mastery, and overall well-being. Robin Sharma possesses a remarkable intelligence and capacity to go dive into the depths of a particular subject. Every page of his book or even his speeches will push you to become a better version of yourself.

His practical and innovative ideas have inspired people for years and continue to do so. His book ” The 5 AM Club” became a best seller and helped him disseminate his theories. He has 1.4 million followers on Instagram.

Sadhguru, the founder of the Isha foundation, is among the best motivational influencers in India. He has more than 8 million followers on Instagram and talks about everything we humans face in our day-to-day lives. He has met thousands of famous personalities and celebrities across the globe.

Kids and teenagers are the ones who are more inclined towards him due to his impact on the nation. From meditation to talking about life and death, he has attracted people to worship lord Shiva for good. In reality, he is one of the most intellectual and knowledgeable humans alive today.

Dutta is another well-known author and blogger from India. With over 800k followers on Instagram, he mesmerizes the public in just sentences. He is famous for genres like thriller and romance.

In 2009, he received an award titled “The young achiever award” by The Times Of India. Durjoy Dutta has visited several schools and colleges with his impactful motivational speeches to inspire young teens to follow their passion and do what they always dreamt of.

With 6 million subscribers on YouTube and more than 200k followers on Instagram, Him-eesh madman Is one of the top most motivational influencers on Instagram in India. He is also an entrepreneur and career strategist. He worked in sales for a travel agency prior to starting his YouTube channel.

His enthusiasm for uplifting others and helping them reach near to where they expect themselves to be has led him to train and speak to more than a million people. One of his quotes says – “Experience saves humans from wrong decisions, but experience comes only from wrong decisions.”

She is the author of 9 books and has won nearly 13 international awards for her achievements. She also maintains a YouTube channel wherein she talks about success, failure, and more. She also conducts workshops to reach and help as many people as possible in her lifetime.

TS Madaan is the father of Himesh Madaan. Both father and son are enthusiastically hoping to touch lives. TS Madaan has been involved in this sector for over 35 years to date. He falls under the best motivational speaker in India.

He maintains his YouTube channel and speaks about several topics and difficulties we face in our lives. H. E. Sh. V. V. Giri presented the President of India Medal to TS Madaan. He has also received a prize from IES for Udyog Rattan. He is an inspiration for older adults to live happily, energetically, and healthier. He has over 20k followers on Instagram.

Ashish Vidyarthi Avid Miner is an actor and motivational influencer in India. He is a well-known face we all must have surely come across on television. Just like other motivational speakers, he maintains a YouTube channel to reach out to people and the masses who require motivation. He is the founder of Avid Miner Conversations.

He travels to places and visits schools and colleges to empower people by sharing his own experiences and knowledge. He has around 988k followers on Instagram. Apart from his blooming career as a motivational speaker, Ashish has worked in movies in more than 9 different languages.

An actor, director, and motivational speaker, Aarti Chabria is a successful and inspiring mother of two. She is a former model turned Indian actress who appeared in Hindi, Telugu, Punjabi, and Kannada movies. She has acted in more than 30 big-screen movies and continues to maintain her beauty.

Apart from this, she has been working hard enough to motivate her speakers and attempts to radically heal the difficulties they are facing or going through. She currently resides in Australia and reaches people through Instagram reels and YoutTube videos.

An actor, director, producer, dancer, and now a motivational speaker. Varun is one of the growing motivational influencers in India. He believes in restoring humanity and is seen helping people who are in need of money. He also launched his own clothing brand called BHB – Bringing Humanity Back.

He has over 14+ Million followers on Facebook, 4+ Million subscribers on YouTube, and 1.8 million followers on Instagram. He profoundly talks about leadership and the importance of following your passion heartily. He believes that if the body is clean and healthy every day, it has a terrific impact on your mental health and overall well-being.

An International Wrestler, top most Motivational influencers on Instagram in India, Health Expert, Philanthropist, Humanitarian, Artist, and a Farmer. Sangram was diagnosed with arthritis and was bound to live his life in a wheelchair for nearly 8 years. The emotional heaviness they carried during these years has shaped him into who he is today.

He was once the brand ambassador of the India wrestling federation in 2014. He was thoroughly recognized when he participated in Big Boss. Over these years now, Sangram has been talking our everything he has experienced and is intending to help and motivate as many youngers and people with diseases to live and live each day to its fullest. Currently, he has more than 4.4 million followers on Instagram.

Another actor and director – Ramesh Aravind, is a growing motivational speaker in India. he started acting from a very age and understood he is going to be an actor. He is well known to talk about success and failure and how to overcome fear and anxiety.

He visits colleges, schools, working spaces, and workshops in order to share his experiences and thoughts about everything life has taught him. He has 724k followers currently.

Shama Sikander is a renowned actress and producer. She rose to prominence on television in the popular Sony TV drama “Ye Meri Life Hai” as the show’s titular “Pooja Mehta” (2003-2005). Apart from her glamorous career, she is a mental health advocate and intends to help people seeking help.

You can check out the result driven Instagram Influencer Mastery course by Sorav jain which helped more than 1000s of Instagram influencers to grow & establish in their niche.

Neil Patel is one of the top digital marketers & motivational influencers in India. We are certain you must have come across his name just like Sorav Jain on google. Neil Patel inspires and motivates people to realize how digital marketing is taking over the old traditional ways of marketing. People regularly follow his updates and are motivated to pursue digital marketing.

Vivek Bindra is one of India’s top motivational influencers on Instagram in India. He attempts to get connected to people in a way that motivates them to push themselves harder. In addition to being a well-known speaker across the world, he is a prosperous business coach and entrepreneur.

He received the Marshall Goldsmith Award for “Best Leadership Trainer in Asia” from the World HRD Congress.

The Indian student parliament at MIT, Pune, titled Gaur Gopal Das “The Ideal Young Spiritual Guru.” He is considered one of the most unique speakers of all time.  He has mentored youngsters and business executives all around the world. Gaur Gopal Das is an excellent spiritual guide as well.

To date, Simerjeet Singh has given over 100 motivational sessions to a variety of people from different sectors. His reviews say he is one of the best motivational speakers of all time. He is termed as a success coach and advises people on how to battle the hardships of life.

Rahul Kapoor is another motivational influencer on Instagram in India. His articles are known to be used by thousands of companies. His niche is science and spirituality. He has inspired lakhs of people in the past 20 years and continues to do so.

We all know Chetan Bhagat after his bestseller – The 3 mistakes of my life. Hi is a brilliant author and is known to touch people’s souls. All of his books to date are best sellers. He conducts various webinars and workshops regularly.

Harish is another top motivational influencer in India. He has received various awards for women empowerment and support. Additionally, he fights for a number of causes, including the rights of the LGBT community, women, kids, and victims of child sex abuse.

So yes, these are it! The individuals listed above are the best motivational speakers in India and are well-known to most people.

Motivation is something everybody needs and we are lucky to have such personalities to guide us.

What do you think of these motivational speakers? Do you know any other speaker? Please share with us in the comments area below. 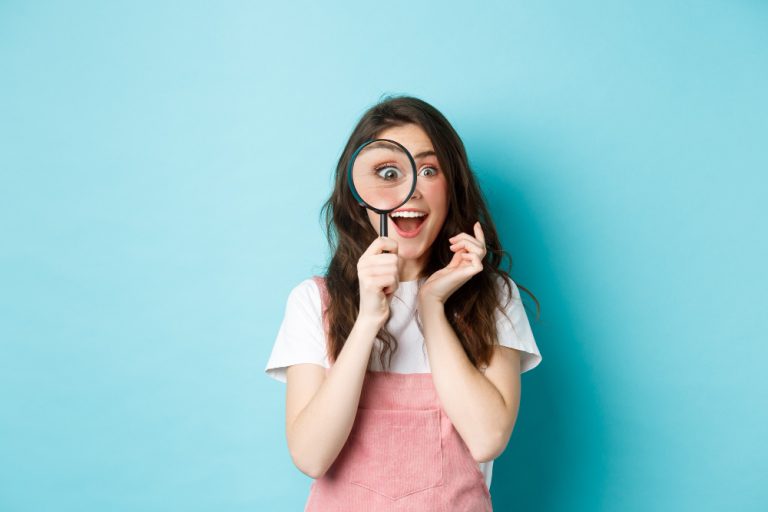 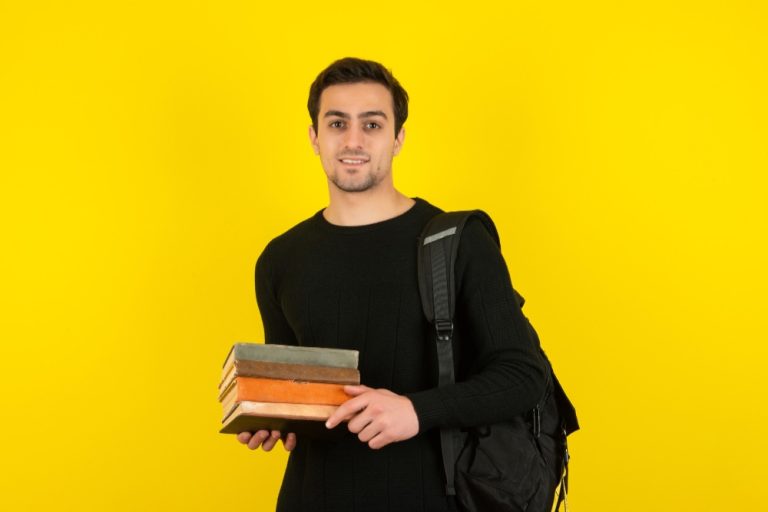 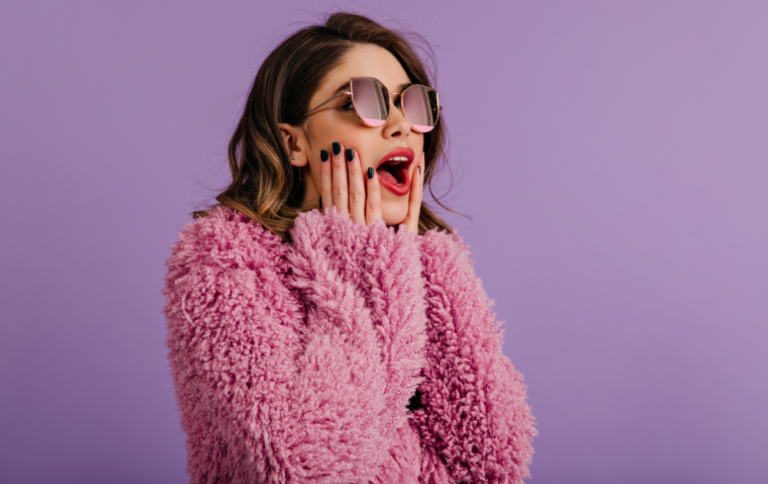