Top 7 Inspiring Indian Entrepreneurs Success Stories: That Will Inspire You!

As a result, we’ve decided to publish an article for real-life heroes who have carved out their paths with unique business models and become role models for other aspiring entrepreneurs and have their own success stories.

With their incredible adventures, these entrepreneurs have not only achieved enormous success but have also inspired others. Check out this digital marketing course for crafting a digital transformation with a successful blueprint if you’re interested in starting your own business model.

Read on to learn about their successes and what you can learn from them and create your own success stories as an entrepreneur.

There’s no shortage of inspiring entrepreneurship stories from India. Despite the immense challenges of starting and running a business in the country, Indians have found ways to persevere and innovate, creating new products and services that have helped lift millions out of poverty. In this blog post, we’ll explore some of the most inspiring success stories from Indian entrepreneurs, highlighting the key lessons that you can learn from their experiences.

Now, let’s get to know about the top 7 best inspiring success stories from Indian entrepreneurs;

In a garage, Sachin and Binny Bansal founded Flipkart, a modest eCommerce company, and the rest, as they say, is history. One of India’s most successful business people sold Flipkart to Walmart for $16 billion in 2018.

Along with Binny, the IIT graduate used to transport books on his own and pioneered the wave of eCommerce marketing. Sachin was in charge of the company’s SEO, design, marketing, and content. Binny handled the delivery and backend operations well.

What began as an INR 4,00,000 business gained immediate acclaim and, finally, an incredible bid from Walmart. Bansal created everything from the ground up, starting with the initial iteration of the website. Through his present firm, Navi Technology, he has been investing actively. Flipkart is undoubtedly one of India’s most successful startup success stories.

“Flipkart” – Sachin and Binny Bansal’s path – would be familiar to everyone. Both of them, who graduated from IIT-D and previously worked for Amazon, presented a similar concept to the Indian market.

Flipkart began selling online books only in 2007 and has since expanded to sell practically everything, ranging from home items to personal care products, educational materials, and workplace stationery. According to an article on Yourstory.com, mobile accounts for more than half of Flipkart’s income, and mobile has been at the heart of Sachin’s strategy since the beginning.

Sachin admitted in an interview that creating Flipkart was the dumbest thing he has ever done and that everyone around him thought he was mad, according to a Quora.com post. However, it has recently purchased Myntra for around INR 2000 crore. Flipkart has now been promoted to the top five-billion-dollar start-up club, according to a report by the Wall Street Journal, and it has a valuation of $11 billion.

After two years as a Microsoft research team member, Bhavish Aggarwal followed in his iconic footsteps. He started Ola Cabs, a multibillion-dollar company. With his zeal and colourful vision, Bhavish, an IIT Bombay alumnus, set the way for his success.

In 2015, Bhavish was the youngest person on Forbes’ list of India’s wealthiest individuals, with co-founder Ankit Bhati. After confronting insufficient and expensive cab services, he created his own cab firm. Ola makes it simple to hire a taxi anywhere in the country. Its popularity grows in minor and major cities, broadening Bhavish’s reach.

He has since established himself as a successful entrepreneur. Ola Cabs is India’s most successful cab firm, with over a million customers.

Ritesh Aggarwal was never scared to explore new things or take risks. And the success of Oyo Rooms, which he founded in 2013, has rewarded out handsomely. He became the world’s second-youngest billionaire in the year of the outbreak.

Ritesh did not attend college in the traditional sense. He dropped out of the Indian School of Business and Finance before completing his education. Isn’t it frightening? Ritesh’s lack of a college degree has no impact on his success. The Thiel scholarship was given to Oyo, and he hasn’t worried about the past, and he moved forward.

His primary concern was always to provide low-cost accommodation. Oyo continues to offer regardless of location. Oyo has increased in recent years, and it is estimated to be worth more than $1.1 billion by 2020. Ritesh is only 27 years old, yet he has come a long way.

With over 500 hotels and 50000 rooms, “OYO Rooms” is India’s largest budget hotel brand. It was founded in 2012 by Ritesh Agarwal to provide basic, trustworthy accommodations, and it has since changed the face of the Indian hospitality industry. According to an article on Yourstory.com, the company now partners with 4,200 hotels in over 170 locations, booking up to a million room nights every month.

OYO Rooms has been a massive success because it is dedicated to addressing the issue of budget hotel cleanliness, availability, and affordability across the country. OYO works with several hotels to obtain rooms that may be rented out to those who wish to use its services.

According to a Yosuccess.com post, OYO Accommodations provides tourists with efficient and standardised rooms at low costs, with a current evaluation of approximately 370Cr.

Apart from Zomato, Swiggy has quickly established itself as one of the most popular meal delivery services. On the other hand, food delivery did not have a solid footing when it initially entered the market.

In truth, Reddy and Majesty had intended it to be a Bundle courier service. After meeting Jamini, though, they altered their minds. Swiggy was founded as a result of its strong network building. Swiggy has raised a lot of money since its inception in 2013.

Providing exceptional customer service has always been a priority for business owners.

Swiggy has conquered the difficulty of hiring employees remotely who bring food on time. The unicorn start-up is exploding with the three founders, and the business is successfully running up to date.

Vijay Shekhar established Paytm and continues to lead it. And there’s no denying that Paytm’s trust has fuelled a meteoric surge in digital payments across the country.

Sharma has a track record of producing brilliance, dating back to his student days at DTU when founded Indiasite.net. He got $1 million for it. He subsequently founded One97 Communications, which later became Paytm.

Paytm has revolutionised the face of digital payments, and it shows no signs of slowing down any time soon. As a result, Vijay Shekhar’s popularity continues to soar.

We all know that we don’t have phones without Paytm money, which shows that Paytm has successfully reached out to people and will continue to do so in the future.

He has been successfully running his business for the past 11 years, which gives him the courage to take a risk on simultaneously running an agency style based digital marketing training institute called Digital Scholar in 2019 and the echoVME.

Initially, Digital Scholar invited students to their place and started teaching them how agency style digital marketing works. But the time of the pandemic turned the table around, which takes Digital Scholar to the rooftop when people began to focus on passions online. Sorav Jain becomes famous on Instagram as a digital marketing influencer with 270k followers within a short period. You can follow his business insights here @Soravjain.

Sorav runs one of Facebook’s most popular Digital Marketing groups, Digital Marketing Question, and Answers on Facebook, which has more than  60,000+ members, which is a vast community where you can always participate with questions and answers you have.

Foodiebay is a name that no one recalls. Although Deepinder Goyal founded it, he is more known for Zomato, the rebranded version of Foodiebay.

Zomato began as a food-reviewing website. Food bloggers were encouraged to give candid reviews of each restaurant’s service and food quality. It also provided menu cards in high demand among Deepinder’s coworkers, prompting him to launch Zomato. Before launching Foodiebay, he graduated from IIT Delhi and worked at Bain and Company.

Deepinder’s has become one of India’s most well-known food-entrepreneur success stories in the previous decade. Other than India, the corporation has operations in Portugal, New Zealand, and Qatar. Zomato also bought Urbanspoon and launched a meal delivery business in the United States and Australia.

When they first started Zomato, they didn’t have enough money, but as they say, hard work pays off. Zomato is a big success nowadays, as we all know.

According to an article on Yosuccess.com, it is the largest of such media in Asia and one of the greatest globally, having a solid & single presence in over 10,000 cities across 22 countries.

Zomato has also ventured into the world of digital marketing. It enables firms to expand without incurring new expenditures.

One of the most significant advantages of Zomato is its marketing campaign, as we all know. Once the notification gets on, you will be getting full urge messages in your mother tongue, which will significantly support the company’s growth in the future too.

This online restaurant platform was founded in 2008 to assist Indians in discovering new tastes in a variety of meals. “Zomato” is a one-stop shop for all your appetites, whether for food, drinks, or alcohol. It’s an online restaurant guide that includes home delivery, cafés, and nightlife!

Hello, readers! So, this article showcased seven inspiring success stories of Indian entrepreneurs who have achieved success in such a short span of time. These success stories are sure to motivate and inspire you to achieve great things in your life and career.

Indian start-ups are on the rise, and there’s no stopping them now. If you are an aspiring entrepreneur or have an existing business, it is time to get inspired by these success stories and work even harder to achieve your own goals.

“Wishing you the best in creating your own inspiring success stories!”

Today, I’d like to talk about something inspiring: creating your own success story. No matter what your background is or what you’re doing now, it’s always possible to achieve great things. All it takes is hard work, dedication, and a bit of luck. So, go out there and make it happen! I wish you all the best in your endeavors.

Get in touch with us, and we’ll be happy to help you set up or grow your business and also help you in becoming a successful entrepreneur, so you can have your own success stories and inspire the upcoming generations.

Thanks for reading our success stories! How to Add Font to Canva? [5 Easy Steps] Top 10 Reasons to Choose A Digital Marketing Career in 2022 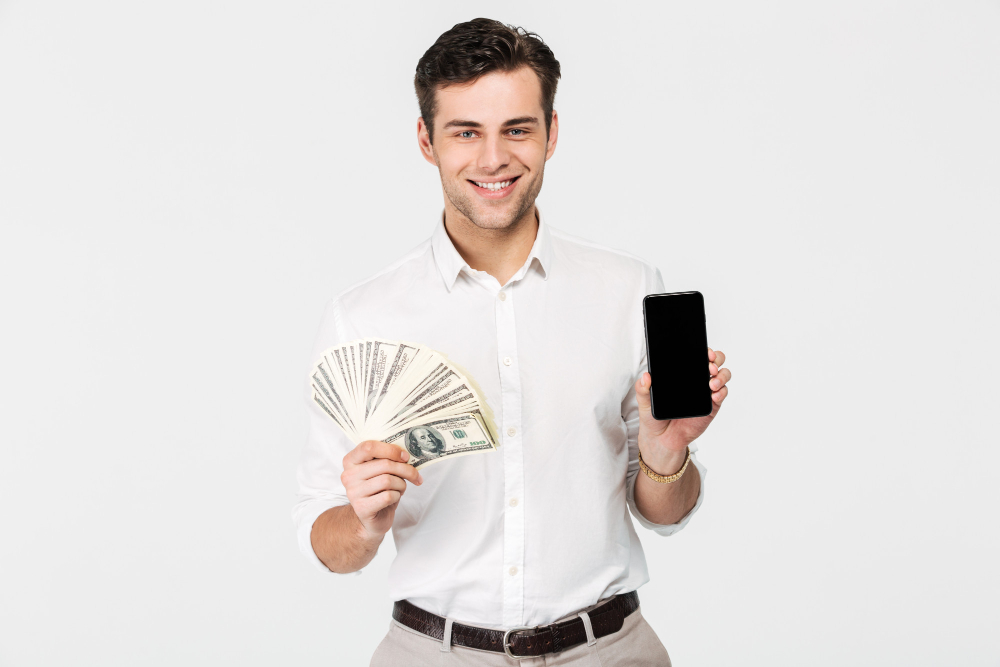 How to Create an EBook on Canva? [Free EBook maker]