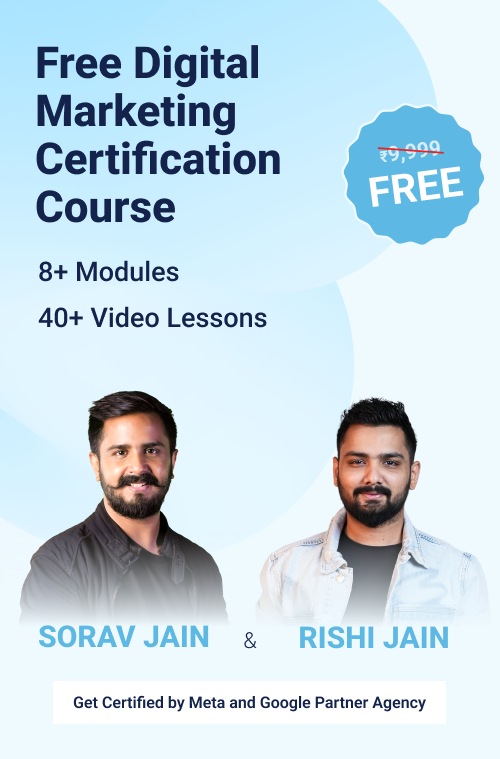 Digital marketing is a medium that thrives on popularity. The opinion of the masses is what drives the conversation forward on any social media platform. This opinion-based conversation runs parallel to the situation in the real world. In democracies, it’s the voice of the people that decides who gets to run the country! Connecting with your audience of voters effectively is the name of the game. Just like digital marketing, you also have to deliver on the promises you make! Credibility is a solid pillar at a digital marketing institute as well as a political party.

With such an interconnection, how have these two fields crossed paths in recent times? The significance runs deeper than you may realize. In this article, we’ll be exploring the subtle yet profound impact of digital marketing on the way political parties think campaigns.

It’s the year 2009. Political parties were still reliant on textbook strategies like press conferences to make themselves heard. Come election season; everyone is glued to their TVs—speech after speech, campaign after campaign, posters upon posters. All-in-all, political party election strategies were fairly formulaic. Pour in funds, campaign across your target area as much as you can, and pray that your reach is better than the others’. There wasn’t much scope for originality in that mix.

Then came the social media boom. Platforms like Twitter and Facebook exploded in popularity and occupied the top spot to this day. What did this mean for the politicians? A complete paradigm shift in the way they think campaigning. There’s a new battlefield now, and the campaigning happens round-the-clock, across borders. Welcome to the world of digital politics!

Let’s take a moment and apply the lessons from digital marketing training on a political perspective.

– Getting people talking about a particular concept or premise.

– Gaining a sizable following for a cause.

– Connecting with a vast audience in real-time.

– Promoting the cause through interactive means.

Do you notice a pattern here? All these elements are commonplace in both digital marketing as well as politics. Digital marketing fits politics like a glove. In addition to this uncanny sync, there’s also the added benefit of accessibility. Nowadays, people don’t have the time to go and sit for hours on end at an election rally. With a digital platform, you can get the latest political developments delivered on the palm of your hand, as they happen across the country. Social media platforms have also created scope for transparency among political leaders. They are now a lot more answerable to the common man online, and can’t hide behind their mikes anymore! In short, digital marketing has bridged the gap between the voter and the candidates.

Here’s a simple example. Boot up your Twitter feed. Check the trending section. The chances are high that there’s at least one topic (or hashtag) of political significance in there. That’s how prominent political discussion has become in social media. How did this meteoric rise happen, though? Let’s look under a finer lens at the facts and journey.

– During election times, social media goes into a frenzy, posting voting selfies to make sure they are seen as socially responsible.

– News channels actively cover political activities and debates on social media. This is because political topics generate a lot of organic engagement for their handles.

– Among the typical social media users as well, debates get pretty lively based on political alignments.

The takeaway from all of this is, there’s a constant buzz around politics at any given the time of day. This creates a mutual feedback cycle. More buzz keeps political parties in the limelight, so they centre their activities on the digital world for maximum reach. There’s also another significant factor for political parties to go digital.

Political campaigns are not easy on anyone’s purse. In India, for example, election campaign budgets can run from anywhere between lakhs to even crores of rupees. With the rise of digital marketing, the tables have turned on that front, and how!

Digital marketing agencies thrive on effective ROI. Everything about what they do revolves around maximizing profits with productive investments. Cycle back a bit and think how these digital marketing agency principles can be applied to political parties. A political rally requires a fair amount of spending and manpower to set up. Now think of the last time you saw a politics live-stream on social media. It virtually costs nothing to set one of those sessions up, and you can connect with everyone you know at the tap of a button. Digital media offers politics an ideal avenue to convey their mission and symbolism. Gone are the days of substantial budgets and big spenders. Now, it’s all about spending and campaigning smart!

Political parties have been around even before digital was a concept. They will continue to be prominent well into the future too. So why do political parties care so much about having a digital presence nowadays? Time for a deeper dive.

Youth connect. Like it or not, digital media is where the millennial crowd is these days. They are the future of the nation and constitute the voter base of tomorrow. The appeal for political parties is evident. The average Indian youth isn’t going to spend his day at a political march; he or she would instead scroll their feed while sitting at home. Digital marketing has convinced political parties worldwide that it is the gateway to connecting with the young folk. Parallel to this, the political pulse has shifted to incorporate the needs and agenda of the youth as well. Many parties promise more job opportunities for the youth during election time. They also talk about creating more employment in booming sectors such as (you guessed it) software!

Funding aspects. Thanks to the vast options for payment gateways from digital marketing, political parties now have a lot more avenues to explore on that front. Through their inclusive fund repositories, they can give potential voters a sense of involvement in the causes they champion. This feature comes in handy, especially during times of crisis like natural disasters. Payment funds have helped political parties rapidly gain goodwill and popularity in the public eye, thanks to options like Google Pay.

PR Integration. Political parties rely a lot on good word-of-mouth, especially during election season. As we all know, PR is one of the tools of the trade of any digital marketing agency! Political parties regularly keep themselves updated on social media to gauge the general public opinion towards them. If there’s a significant backlash of any sort, political accounts are quick to douse the fires and perform appropriate damage control. Many political parties have dedicated IT cells in place to monitor their digital image continually.

The Creativity Factor. Digital marketing opens up a virtual world where political parties can express their symbolism more effectively. On social media, party emblems aren’t just emblems. They’re on most people’s profile pictures, interactive videos are centred around them, and they stand for an ideal. Political parties can campaign in new and unique ways through the power of social media.

Response Times. We live in a fast-moving world. Trends come and go by the hour, and everyone is expected to have an opinion on all current affairs nowadays. Political parties are always in the spotlight when it comes to delivering their views on core social issues. Back in the day, we usually had to wait for a press conference or an official statement from the party office. Now, with the advent of digital, it’s all lightning fast. Leaders usually tweet or post within minutes of a major crisis, and generate buzz around their responses through news channels and followers who are also on the same platform. The wheel keeps spinning!

The Power Of Opinions. If you’ve used any of the major social media platforms, you would have come across the poll options. Polls let you quickly garner public opinion on a topic of your choice. Polls mirror the democratic voting system as a whole! So when it comes to matters of administrative significance, running a poll on social media is an efficient way of gauging audience pulse and getting a feel of what currently trending topics are. Political party pages online use this to their full advantage and deliver their content accordingly.

Expanding voter-base. The digital realm is home to people from all walks of life. Not all of them are politically oriented. In the real world, the people who get involved in politics are those who take a vested interest in electoral happenings. This does not account for all those who are relatively indifferent to politics and its implications. Those people can mostly be found on social media, staying away from political debate or discussion. By including this potential audience in the general conversation, political parties can improve their vote bank numbers significantly. More votes, more success for the parties in the long run!

So now that we’ve put our digital marketing training to good use and understood why political parties turn to the digital world to soar high, now, let’s accentuate these theories with some real-life examples! After all, the proof is in the pudding!

One of the most prominent examples of digital marketing in politics has to be Donald Trump’s presidential election campaign.

From start to finish, the campaign was centred around a dedicated effort to muster support for Trump online.

On the occasion of Women’s Day this 2020, the Indian PM Narendra Modi announced any other, in the spirit of celebration.

This is just one among the many digital avenues that the Indian government has explored. Even in recent times, the Aarogya Setu app has come as a unifying interface to ensure the streamlining of healthcare during these trying times. The PM Cares fund also accepts digital payments (including UPI transfer), further cementing the digital approach that is working wonders for the party.

There are countless more examples from across the globe as to how political parties are making the most of digital. Every party worth their salt is constantly looking to push the envelope in terms of how they can increase their influence online.

As you can see, digital marketing and political parties practically go hand-in-hand in today’s day and age. By sharing the same core philosophy and motives, these two fields have found themselves closely interlinked. Time will tell how the political arena pans out in the virtual world! 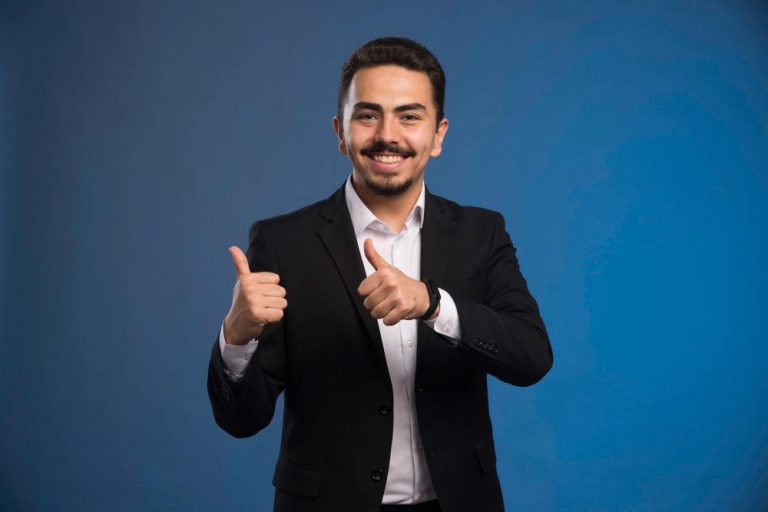 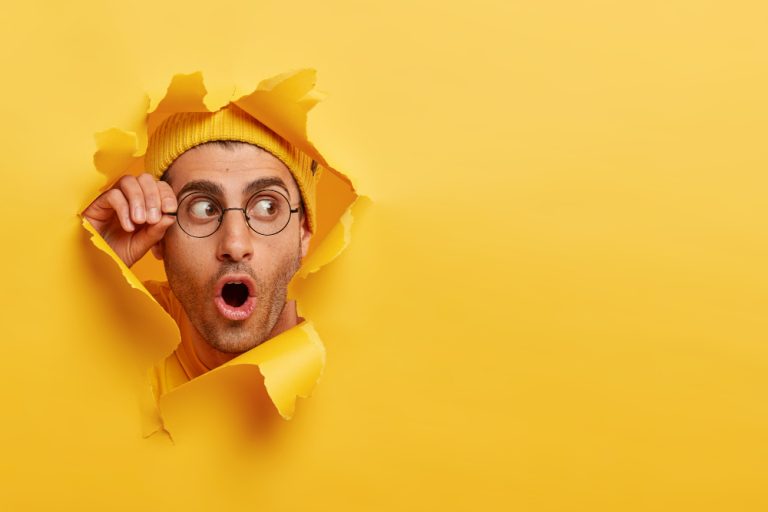 Top 10 Advantages And Disadvantages of Social Media in 2023 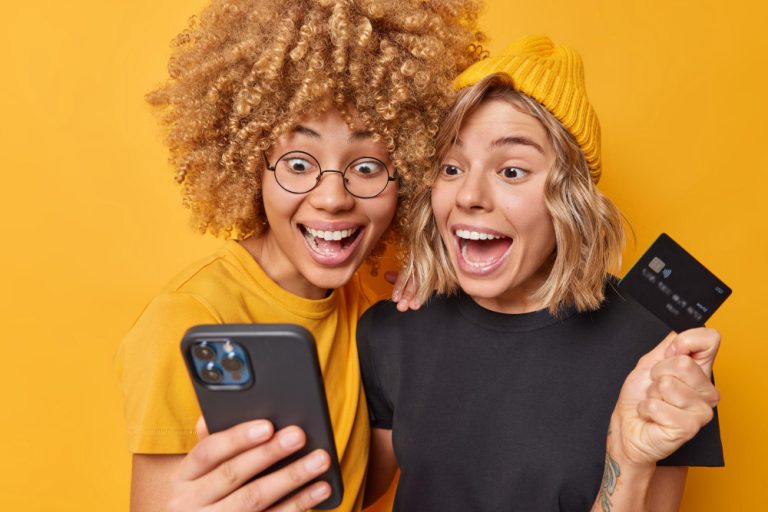